I will never be normal

‘Comparison is the thief of joy.’

Although that may be true it is not quite as easy as it seems to stop. It is something I have struggled with my entire life, no matter how much I try to stop. We live in a society that causes us to look at one another and instead of embracing who we are, we look at how we are different. We try to keep up with the latest trends, comparing each season from the other, determining how we look, how we dress and so much more.

I have had an adventurous journey throughout my life, it can be somewhat unique in ways. Being diagnosed with renal failure at the young age of 5 and being on dialysis for nearly 7 years until I was transplanted has made me stand out in ways which I wanted to blend in. the story does not end there either having further struggles up until my current age of 25. I changed when I was 5. I almost did not survive so I am very grateful to be here today and have my functioning transplanted kidney, but it is also a date that is difficult for me. It is the date that I became different. Being on dialysis for 12 hours every night, EPO and growth hormone injections, constant medications, fluid and diet restrictions and regular hospital appointments. I was the only person in my family, in my class and in my school that had to do all of this. I stood out.

There were questions about the catheter when I was getting changed for PE, reminders that I was different from leaving sleepover parties to go on dialysis and always having this catheter coming out of my stomach. I did not know where I fit in and all I wished was that I was “normal”. I took 5 years to complete my undergraduate degree because of medical issues and moving from year to year made me feel like I was being left behind, forgotten about. I was not like everyone else who kept moving on with their lives. I had extra barriers to overcome and other battles I had to fight along the way. Pre diagnosis is what I seem to refer to as normality because I was like everyone else but that was only 20% of my life. My normality is this medical story that I keep writing every day, something few people can empathise with.

Now that I have grown, I know that there is no such thing as normal and that we are all different, but it does not make it any easier finding my place and where I fit in. I believe that my high school and university experience has contributed to this. Being bullied for having a round face from steroids or because I was so short excluded me and pointed out I was different. Then when I told people my story at university, the response was usually ‘you don’t look sick’ or ‘you couldn’t tell that there was anything wrong with you’. I was transplanted at both of these times and was very thankful that I was no longer on dialysis and the restrictions seemed few and far between, but I still did not feel like I had a place. Due to my transplant being something that was able to be hidden, made it more difficult telling people what I was going through. To them it seemed like something so small, they did not understand.

That was until I met my fiancé. He saw my everyday struggles, he listened, and he cared. My story also became his, as we wrote our own story together. I found my place, where I belonged, and it was not because of my transplant or because I was different either. It was just because I was me.

The young adult group has given me a place to listen and to share, it is a community of people just like me. It has helped me develop my voice, through having spoken on several podcasts raising awareness of chronic kidney disease and promoting organ donation to now having my own blog. I’m trying to be the voice that I wished I had when I was younger, someone telling me that you aren’t different or not normal, you are just you. Some days are easier than others to accept that my life is not like most, as the saying goes ‘there are good days and bad days’. It is never easy to stop a habit, the one I am working on is comparison. Instead of comparing myself to others, I am comparing me to who I was yesterday, trying to improve who I am each day.

I may never be able to conform to society’s version of ‘normal’ but I will always be me.

Megan is a transplant recipient from Northern Ireland. More of her writing can be found over on her own blog Cairns and Her Kidney. 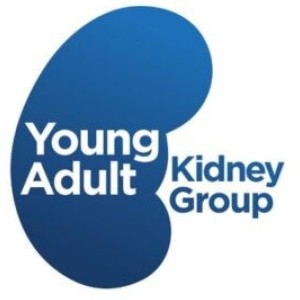 These posts in this category have been written by members of the Young Adult Kidney Group. They are the original views and lived experiences of individual authors and have only been minimally edited for clarity. They don't necessarily represent the views of the YAKG or Kidney Care UK as a whole.
All Posts »
PrevPreviousBlur Staticz